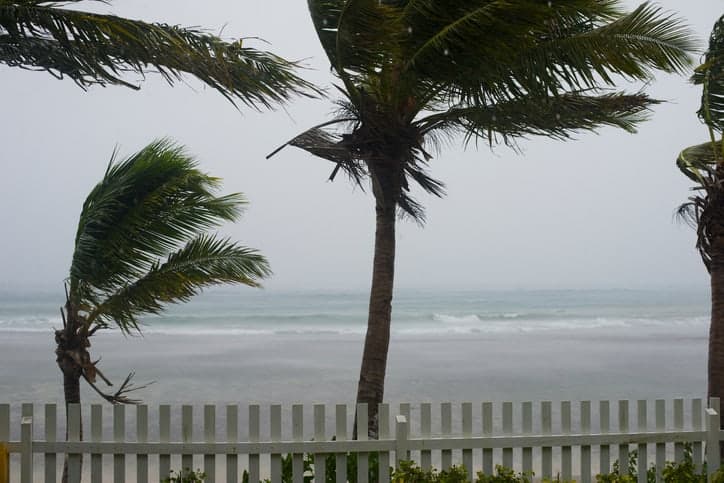 The much anticipated Hurricane Matthew finally made landfall on Tuesday night near the eastern tip of Cuba and struck Haiti with top sustained winds near 145 mph. This powerful category 4 storm was carrying maximum sustained winds of 130 mph and moving north at 8 mph, the National Hurricane Center said. At 11 p.m. ET, it was about 55 miles east by northeast of Guantanamo, the center reported. While it is too early to predict the exact path, Florida, Georgia and the Carolinas issued states of emergency.  Are you in the path? Are you prepared? Let ApartmentGuide.com show you what you need to do to be ready to protect yourself, your family and your apartment.

Keep An Eye on the Storm

Weather.com is one of the best places to keep track of the storm, including when it will make landfall, where it will strike, and how much rain to expect. Expect regular updates on Hurricane Matthew, as well as weather advisories for your area through your local news channels.

Be Prepared for Threats

According to the Weather Channel, there are four threats you should be prepared for if you live in the area where Hurricane Matthew will make landfall (please check with Weather.com for the most up-to-date information):

A hurricane warning has been issued for the east coast of Florida from Golden Beach, Florida, to Sebastian Inlet in Florida. Lake Okeechobee has also been placed into a hurricane warning. A hurricane watch has also been issued north of Sebastian Inlet to the Fernandina Beach, Florida. This includes Orlando, Florida. Tropical storm warnings are now in effect from Chokoloskee to Golden Beach in Florida, for the Florida Keys from Seven Mile Bridge eastward, and for Florida Bay.

The combination of heavy rainfall and storm surge around the time of the system’s landfall Wednesday night or early Thursday could combine to produce life-threatening flooding along parts of Florida’s Gulf Coast. Areas along the Florida Gulf Coast from the Tampa/St. Petersburg metro to Apalachee Bay are typically very prone to storm surge flooding, even in weaker storms. High surf and dangerous rip currents are also likely along Florida’s Gulf Coast.

Gusty Winds
Strong winds capable of causing tree damage, power outages, and damage to mobile homes will be where the center moves ashore along the Florida panhandle. Some damage to homes and buildings is also possible. Tropical storm-force winds are also possible inland across south Georgia into the eastern Carolinas, resulting in some tree damage and power outages.

Tornadoes
Some isolated tornadoes are also possible in northern/central Florida and far south Georgia on Thursday and Thursday night as the center moves inland. On Friday, a few tornadoes are possible from northern Florida to the eastern Carolinas.

Be in the Know

The official website for the Department of Homeland Security offers a site to help you get prepared before a hurricane hits. Ready.gov can offer checklists of what you should have, how to prepare your home and even an hour-by-hour countdown of what to expect and what to do.