Wedged between New York and D.C., Philadelphia has long been one of America’s most overlooked and underrated cities. The Birthplace of America, Philly is the nation’s sixth-largest city and one of its top cultural, culinary, employment, sports, music and education destinations. It’s a fresh, cosmopolitan city, and living in Philadelphia means you have nearly anything you could imagine to do, eat, visit, see and cheer for.

Philadelphia is a unique and diverse city, much more than the Liberty Bell, cheesesteaks and Rocky. It’s an inviting, connected community compromised of nearly 100 distinct neighborhoods from the gleaming skyscrapers of Center City to the rowhouses of South Philly to the rolling estates of Chestnut Hill. Whether you’re packing up for your move to Philly or just considering a relocation to the City of Brotherly Love and Sisterly Affection, there are many wonderful things you need to know about living in Philadelphia.

1. Philly has a great climate if you like having four seasons

No matter which season you enjoy frolicking in, Philly is the perfect climate to experience all four seasons. Philadelphia is a temperate Mid-Atlantic city with the best of all worlds, just 50 miles from the Jersey shore and 70 from the Pocono Mountains.

Summers in Philly can be hot and muggy at the peak of the season, with average highs just under 90 during July. Winters are cold but not bitterly, with daily temps during the holiday season straddling the freezing line. Rain can be expected a quarter-to-third of the days each month, with about 20 inches of snow each winter. 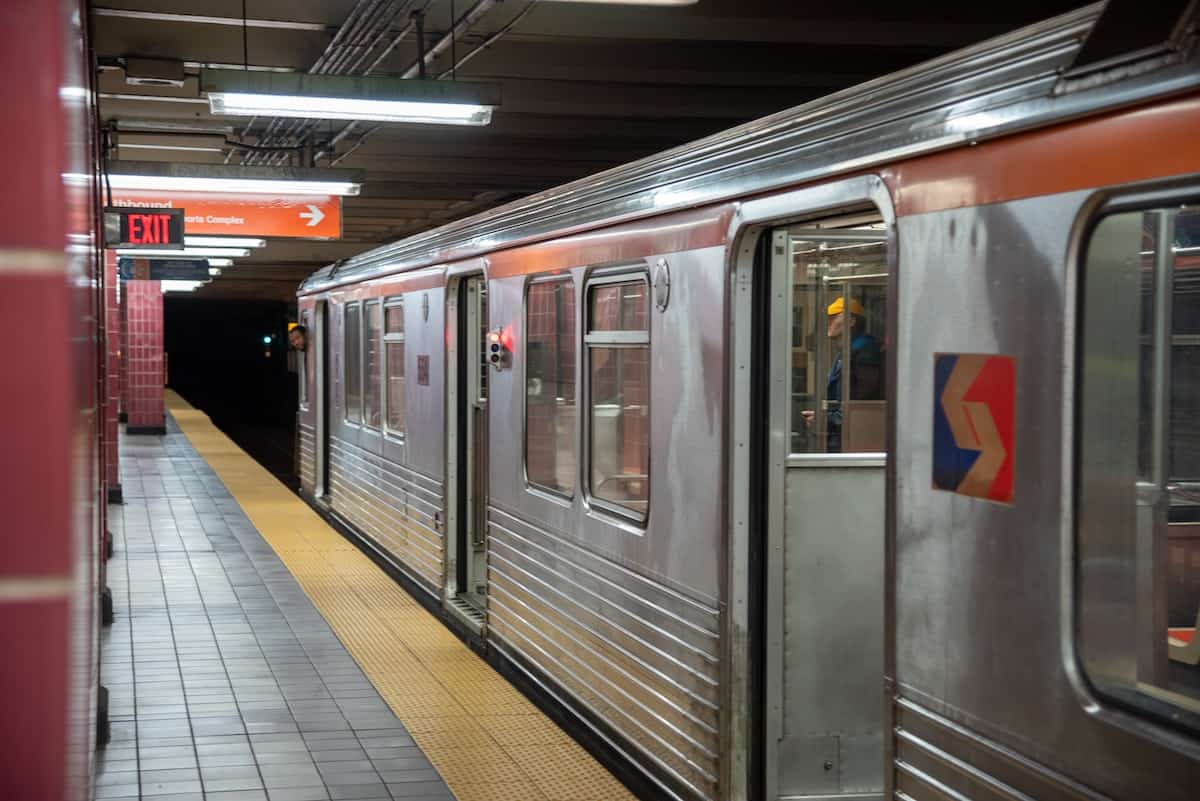 2. Commuting is relatively easy by car or public transit

Philly commuting is convenient compared to most of its Northeast Corridor counterparts. The average one-way work travel time is just more than half an hour, with more than 20 percent using public transportation.

3. You have to learn how to talk Philly to live here

Every city in America has its own dialect quirks, but Philly has a language all its own every newcomer must eventually absorb. From your first “yo,” you’ll quickly learn every jawn (which can literally mean any person, place or thing).

“Jeet?” is what you’ll be asked if someone wants to know if you’ve eaten yet. They may want to share a hoagie (don’t ever say “sub”), grab pasta with gravy (tomato sauce) or a cheesesteak “whiz wit” (covered in melted cheese and fried onions). Wash it down with some wooder (what comes out of the sink) or a lager (ask for that and you’ll get a Yuengling beer).

Where are you going to go? Maybe “down the shore” to the Jersey beaches, out to Delco (Delaware County) or to Center City (never call it “downtown”) on the El (the elevated train). That’s where yiz (plural “you”) are headed.

And everyone loves talking about the “Iggles” (or “the Birds,”) the championship football team.

4. Philly is the City of Museums

More than any city in America, history lies down every street, many of which the Founding Fathers once walked. Independence National Historical Park, the most historic square mile in the nation, includes important sites like Independence Hall, Liberty Bell, City Tavern, Christ Church, Franklin Court and more.

Nearby in Old City are the National Constitution Center, Museum of the American Revolution, Betsy Ross House, the first U.S. Mint, Elfreth’s Alley and National Museum of American Jewish History.

But Philly offers so much more, including world-class museums dedicated to art, culture, science and education. In the Parkway Museum District, must-visit attractions include the Philadelphia Museum of Art (and the Rocky steps), Franklin Institute Science Museum, Barnes Foundation and Rodin Museum.

Elsewhere around the city are amazing spots, including the Mummers Museum, Academy of Natural Sciences, Magic Gardens urban mosaic, Mütter Museum of medical oddities, Eastern State Penitentiary and even the Museum of Pizza Culture. 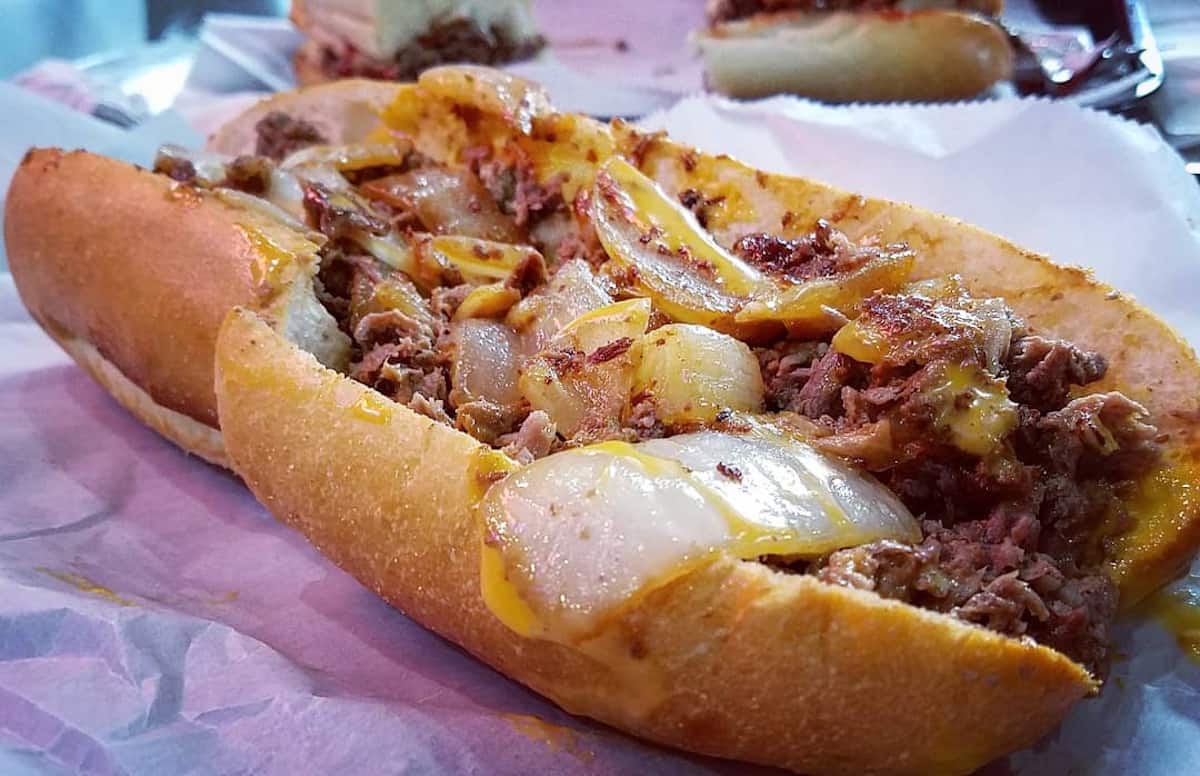 5. Philly cuisine is much more than cheesesteaks

Sure, everyone loves cheesesteaks and every Philadelphian has their favorite steak joint. But Philly also claims a slew of other iconic dishes.

Hoagies are a party staple, but many swear by the roast pork sandwich, with provolone and sautéed broccoli rabe, as the city’s signature sandwich. Philadelphians eat 12 times as many pretzels as the average American and you’ll find soft pretzels in the Philly figure-eight style on every corner.

Breakfasts wouldn’t be Philly without scrapple or pork roll, two pan-fried pork-based dishes. And dinner can include tomato pie (cheeseless rectangle pizza on focaccia served at room temperature), Old Bay-flavored crinkle-cut crab fries or snapper soup, which is exactly what you think it is.

For dessert, grab a “wooder ice” (kind of like Italian ice but not) or a Tastykake (more of a lifestyle than a snack food line).

But all cross-sections of Philadelphians can agree on one thing — everyone loves Wawa, more of a culture than a convenience store, with more than 40 locations throughout the city.

6. Philly is the best music city on the East Coast

There would be no American music without Philadelphia. The city is home to one of the nation’s greatest music histories as the birthplace of Philadelphia soul, American Bandstand, Gamble & Huff and “Rock Around The Clock.” Artists hailing from Philly span the spectrum from Hall & Oates, Chubby Checker, Patty LaBelle, Boyz II Men and Will Smith to The Roots, Meek Mill, Diplo, Dr. Dog, War On Drugs, Kurt Vile, Dead Milkmen and Joan Jett.

Philly is also one of the best cities in America to see and hear live music, with a slew of iconic music venues of every size. Music pours nightly out of legendary clubs, such as Milkboy, Johnny Brenda’s, Boot & Saddle and Kung Fu Necktie, concert halls like The Fillmore, Union Transfer, Theater of Living Arts and Tower Theater and outdoor amphitheaters with stunning vistas BB&T Pavilion and Mann Center.

7. Philly is one of America’s great college towns

Philadelphia is one giant college town. There are more than 340,000 college students living in Philly spread across nearly two dozen four-year campuses. Thanks to college sports, Philly’s top five major universities (that make up the Big Five) are nationally known and include Temple, St. Joseph’s, La Salle, the University of Pennsylvania and Villanova (which actually sits outside the city).

University City in West Philly is home to Penn, as well as Drexel and the University of the Sciences. And scattered elsewhere around the city are historically-black Lincoln University, Chestnut Hill College, Thomas Jefferson University (on two campuses), Pierce College and Holy Family. 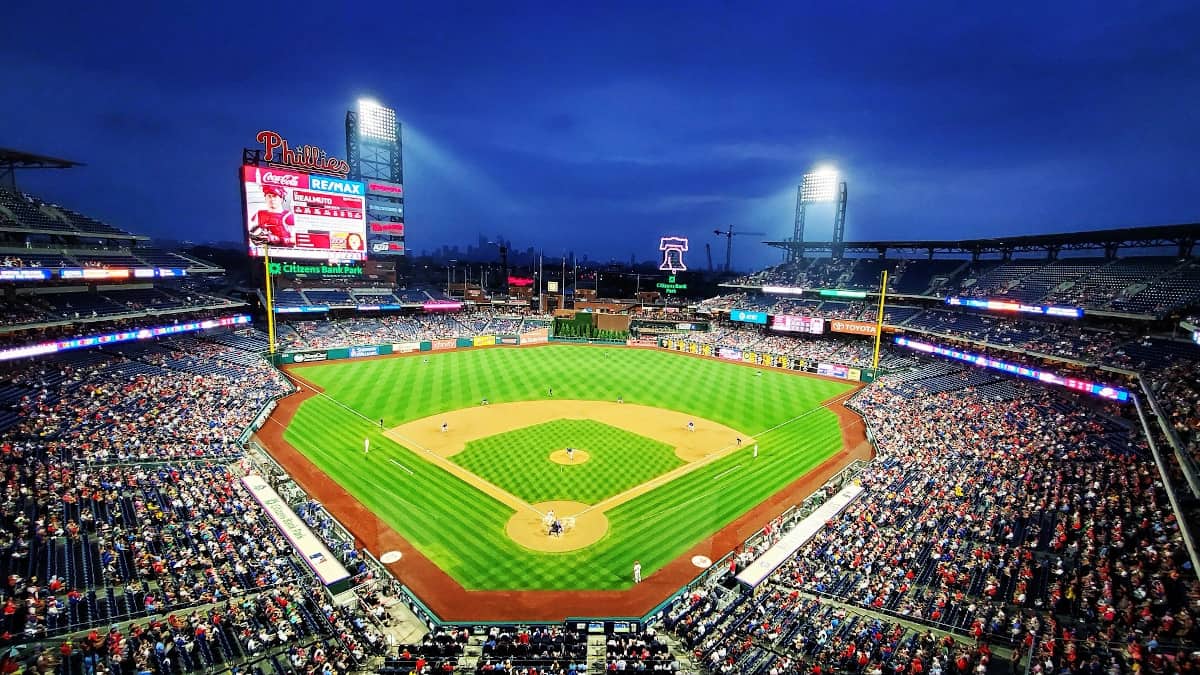 8. Sports are life in Philly even if we like to boo

You may have heard. In Philadelphia, we love sports. Unlike cities like New York or L.A., Philly has just one team in each of the major sports, so every fan is on the same page. Except for college basketball where the city is divided among a half-dozen Division I programs.

Philadelphians bleed team colors and everyone from every walk of life pays attention. Often, the city’s collective mood is based on yesterday’s result. So, if you want to walk into nearly any conversation in Philly, be sure to know the Birds’ playoff chances or who your favorite Flyer is. But Philly fans don’t take lack of hustle or effort lightly, and a subpar performance will bring out the notorious boo-birds.

9. The cost of living in Philly is pretty good

As the sixth-largest city in the nation and keystone of the Northeast Corridor, you’d expect Philly to be expensive. Actually, it’s pretty average. The overall cost of living in Philadelphia (as of Q1 2020) is just 110 percent of the national composite. Compare that to its neighbors like New York (246 percent), D.C. (160 percent) and Boston (148 percent). In fact, Philadelphia’s cost of living is cheaper than many major cities like Denver, New Orleans, Miami, San Diego and Baltimore.

The same goes for housing, as well. Philadelphia is only 13 percent over the national index average for housing costs, much more affordable than other East Coast cities and metropolises around the country like Phoenix, Dallas and Portland. For renters, an average Philly one-bedroom leases for just $2,127 a month (compared to the national average of $1,621), just a pleasantly-surprising 17th most-expensive in the nation, cheaper than Sacramento, Boston, Seattle or Oakland.

10. Philadelphia is one of the great American cities

Philadelphia is a beautiful, friendly, progressive city for anyone moving here or just thinking about it. It’s a hub for technology and finance and home to a dozen Fortune 500 corporations.

It’s a retail center with high-end city malls, vintage and boutique shopping corridors and Jewelers’ Row, the oldest diamond district in the nation. It’s a haven for those seeking outdoor adventure, including massive Wissahickon Valley and Fairmount Parks. And a destination for family fun at spots like the Please Touch Museum and America’s oldest zoo. It’s even one of America’s most walkable cities.

Philly is a great place for lovers of music, beer, history, shopping, sports, theater, coffee, biking, art, dining and more. Whatever your passion, you’ll find it living in Philadelphia.

And with a head start on what’s listed here, you’ll be welcomed with open arms and find out quickly why we’re known as The City that Loves You Back.

Rent prices are based on a rolling weighted average from Apartment Guide and Rent.com’s multifamily rental property inventory of one-bedroom apartments. Data was pulled in October 2020 and goes back for one year. We use a weighted average formula that more accurately represents price availability for each individual unit type and reduces the influence of seasonality on rent prices in specific markets.

Population and income numbers are from the U.S. Census Bureau. Cost of living data comes from the Council for Community and Economic Research.

The rent information included in this article is used for illustrative purposes only. The data contained herein do not constitute financial advice or a pricing guarantee for any apartment.