For those in the housing and mortgage market, there’s certainly been a shift in the tone over the past few weeks.  I can’t speak for everyone in that market, but in daily conversations with mortgage originators, the topic of an uptick in home sales is coming up for the first time in quite a while.   To be clear, I don’t think anyone thinks that we’re experiencing some massive reversal of fortune.  We’re not quickly going back to near-all-time high sales pace seen at times during 2020 and 2021.  Rather, the hope is that we’re finally seeing an end to a fairly depressing slide that took sales levels to near-all-time lows. The just-released Pending Home Sales data from the National Association of Realtors is the latest in a small collection of data that quantifies the potential shift.  In this case, words are probably worth more than pictures because we can say things like “pending home sales moved up at the fastest pace since October 2021.”  The chart may be a bit anticlimactic by comparison, but it’s better than a sharp stick in the eye. âThis recent low point in home sales activity is likely over,â said NAR Chief Economist Lawrence Yun. âMortgage rates are the dominant factor driving home sales, and recent declines in rates are clearly helping to stabilize the market.â

Contract signings rose 2.5% nationwide in December, the first gain in six months, but pending home sales are 33.8% lower than a year ago.

Total housing inventory levels broke under 1 million in December, dropping to 970,00 units for a population of 330 million people.

After a strong start, existing home sales fizzled through most of 2022, dropping 17% to an annual pace of 5.03 million.

Sales of previously owned U.S. homes fell in December to the slowest pace in over a decade, capping one of the housing market’s worst years on record amid a rapid jump in mortgage rates. Contract closings decreased 1.5% to an annualized pace of 4.02 million last month, the slowest rate since 2010, the according to … END_OF_DOCUMENT_TOKEN_TO_BE_REPLACED

Existing home sales fell back for the 11th straight month in December according to the National Association of RealtorsÂ® (NAR) The monthâs sales of pre-owned single-family houses, townhouses, condominiums, and cooperative apartments were at a seasonally adjusted annual rate of 4.02 million units. This is down 1.5 percent from Novemberâs activity and 34.0 percent lower than in December 2022. Single-family home sales declined by 1.1 percent to a seasonally adjusted annual rate of 3.60 million from 3.64 million in November and were down 33.5 percent from the previous year. Existing condominium and co-op sales came in at a seasonally adjusted annual rate of 420,000 units, a decline of 4.5 percent and 38.2 percent from the two earlier periods. [existinghomesdata] The December results were slightly better than expected. Analysts polled by Econoday and Trading Economics each came in with a consensus estimate of 3.97 units. For the entirety of 2022 there were 5.03 million existing homes sold. This was 17.8 percent fewer than in 2021, as last yearâs rapidly escalating interest rate environment weighed on the residential real estate market. âDecember was another difficult month for buyers, who continue to face limited inventory and high mortgage rates,â said NAR Chief Economist Lawrence Yun. He said, however, he expects sales to pick up again soon since mortgage rates have markedly declined after peaking late last year. 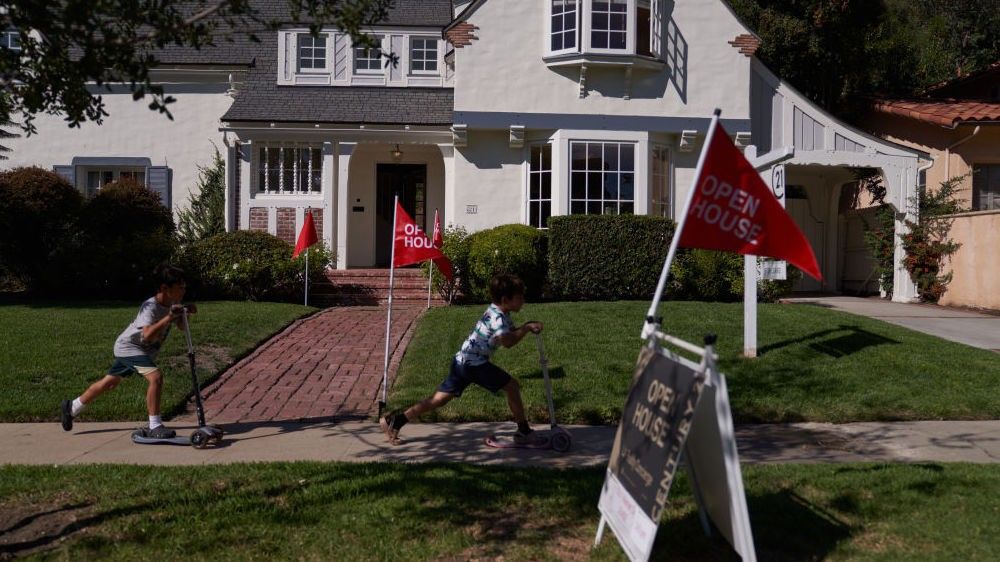 Mortgage rates dip back below 7%  CNN